We have been crazy busy these last few months.  We traveled home from Oakland, CA at the beginning of March (we had been there since November) and were home for a about a week and a half, saw friends and family then headed down to Dallas, TX.  We LOVE it here, I wish we were here longer.  We have kept pretty busy here, we went to Cowtown in Fort Worth and watched a cattle drive and matt got to ride on a horse and decided he is a cowboy now:) He also had to buy this particular hat because it was just like Great Grandpa Adams cowboy hat. 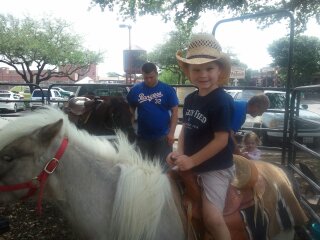 Jacob didn't care for the horse's but he liked watching them,and of course had to wear glasses like dad;) 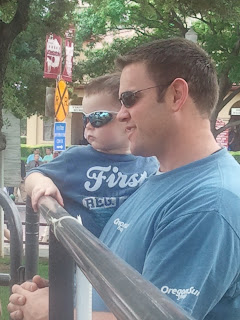 With grandpa after everything walking to meet dad at the car. 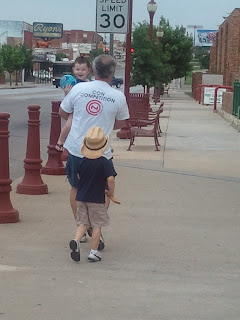 Then we decided to take in a Texas Rangers game, the Yankees came to town and we couldn't pass it up.  The boys had so much fun they were so excited they had to sleep in their rangers hats for naps that day. The Rangers won, we were pretty high up but still had a blast with everyone that came. 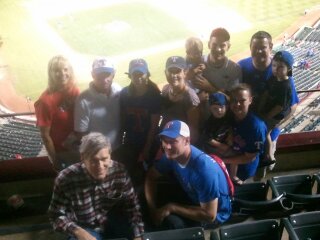 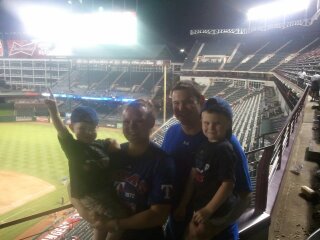 i'm not sure why these are out of order  but this is in Cowtown waiting for the cattle drive (which by the way was like 8 cows i think) but the boys thought it was awesome! 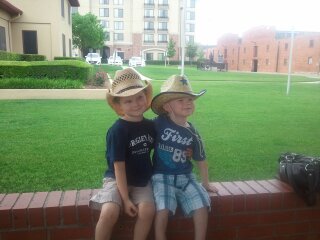 and of course the pool.  We are in the pool everyday i think now that it's opened, matt is getting braver and will go under water especially now that he has goggles that cover his nose for him, he wants to learn to swim but is still a little leary. My parents also came down with Joanna for a weekend we had so much fun in the little time they were here i think we had to recoop for a few days after! but it was fun to have them here, they got a room right down the hall and the boys could come and go as they pleased, and mom and i even got in a few garage sales:).  We also have Justin, Linzi, Rylee, Jayse and Kaio right here so we go play volleyball every monday and friday i'll have to post those pictures later since they are on josh's phone. 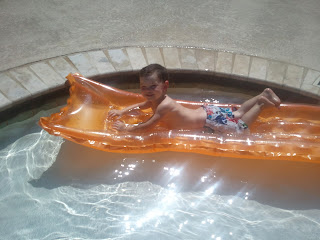 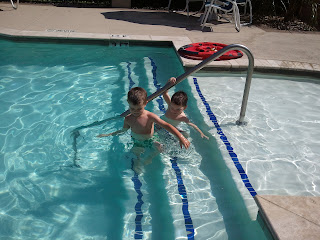 Posted by jamielynn at 2:53 PM No comments: